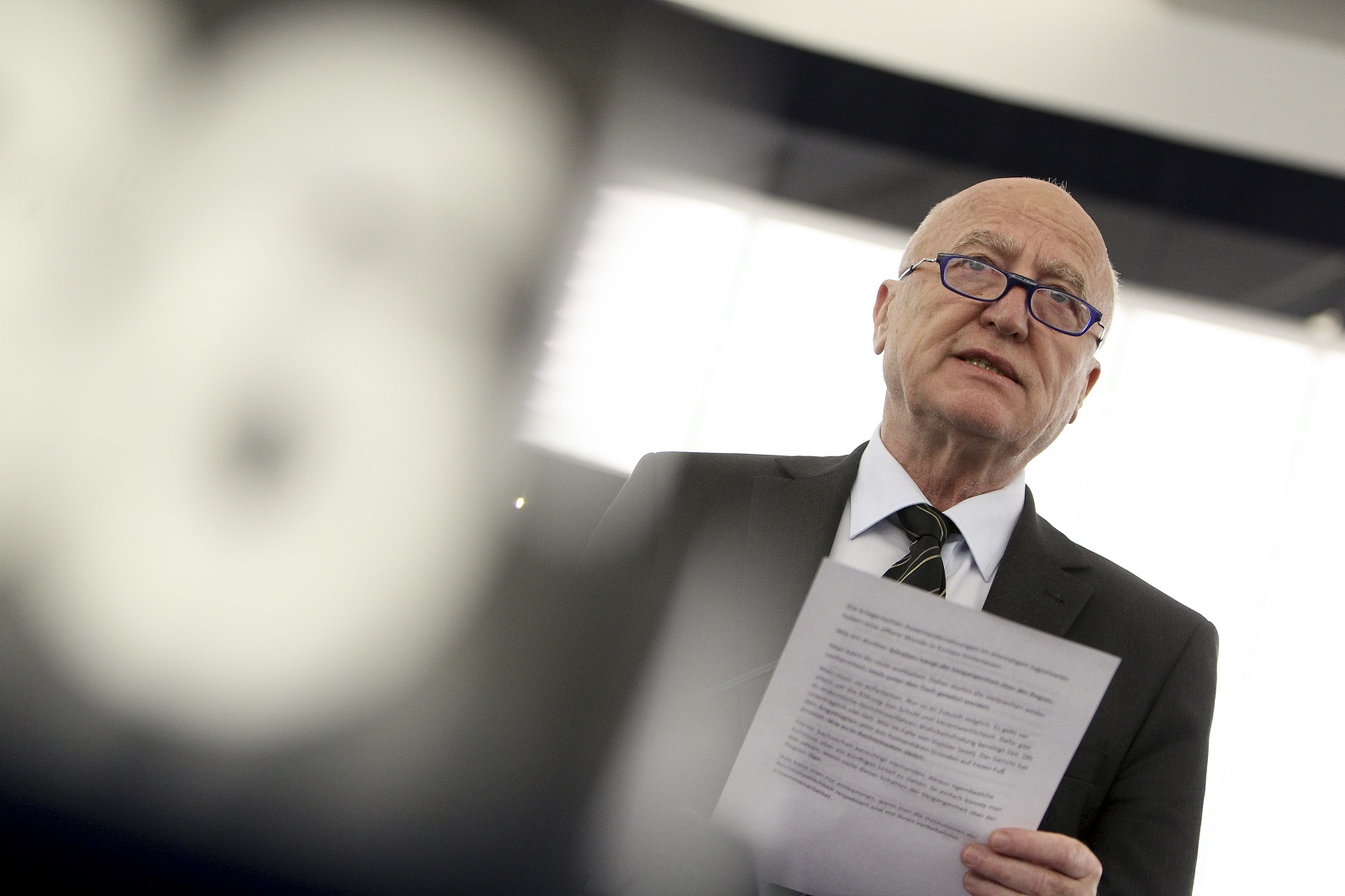 Nigeria and the EU must work together because a stable Nigeria is not only in the interest of the Nigerian people but also in our own interest, said MEPs after visiting Nigeria on 3-7 April.
A delegation from  the European Parliament’s Subcommittee on Human Rights (DROI), led by Josef WEIDENHOLZER (S&D, AT), visited Nigeria from 3 to 7 April 2018 to discuss human rights including social and economic rights, with a particular focus on migration and human trafficking. Speaking on behalf of the DROI delegation, Mr Weidenholzer stated:
„Nigeria, Africa’s biggest nation, is a very complex country with huge potential, but also the origin of a high number of migrants trying to reach Europe.
We are grateful for the frank discussions with government representatives and commend the Nigerian government for its considerable efforts to fight human trafficking and the suffering that it brings to its victims. We also commend the outstanding commitment of the Governor of Edo State, H.E. Godwin Obaseki, to fight human trafficking by creating opportunities and a sense of hope for the people of Edo State, the actual hub of human trafficking in Nigeria. In Edo State we also welcomed the reception by the Oba of Benin, His Royal Majesty Oba Ewuare II, where we appreciated that he supports the fight against human trafficking through his authority and spiritual guidance.
The next presidential elections in Nigeria will take place in 2019. We therefore welcome the federal government’s commitment to ensuring  free and fair elections. An election process in which  political contenders and citizens can trust is a cornerstone of a functioning democracy. Nigeria’s 2015 elections were historic, with the opposition winning for the first time since the transition from military rule in 1999. An EU Election Observation Mission was present at that time following an invitation from the Nigerian government. We have expressed our readiness to give support once again to the next presidential elections.
However, we are deeply worried that less than one year before the next elections, divisions within the country seem to be growing: Whereas the government has succeeded in pushing back Boko Haram in the North-East, the conflict between farmers and herdsmen in the Middle-Belt has become Nigeria’s deadliest conflict, claiming more victims than Boko Haram. We learned about the multiple causes of this conflict, such as the proliferation of weapons in the region, environmental degradation and the decrease of grazing land.
In the Delta region, continuing militancy is driven by a sense of injustice at the distribution of resources, compounded by the delayed clean-up of oil pollution.
The delegation also discussed other important human rights issues, such as de-radicalisation, women’s rights, repression of the Shia Muslim community, the marginalization of people with albinism, evictions of people from waterfront communities in Lagos, corruption, harassment of investigative journalists, long pre-trial detentions and the detention of suspected insurgents in secret prisons.
Poverty and lack of education appear to be at the roots of many conflicts and grievances. So we have notably identified a need for:

Background information
The DROI delegation was composed of Josef WEIDENHOLZER (S&D, AT), Joachim ZELLER (EPP, DE),  Miroslav MIKOLÁŠIK (EPP, SK) and Judith SARGENTINI (GREENS, NL).
MEPs met with H.E. the Minister of Foreign Affairs, Geoffrey Onyeama, the Permanent Secretary of the Minister of Justice, the Senior Advisor of the Minister of the Interior, Senator Shehu Sani, the Governor of Edo State H.E. Godwin Obaseki,  His Royal Majesty the Oba of Benin Oba Ewuare II, the Executive Secretary of the National Human Rights Commission, as well as with civil society representatives including Christians and Muslims.
In a very emotional meeting with the mothers of two abducted Chibok and Dapchi girls MEPs got a first hand account of the abduction and its aftermath.
MEPs also visited the National Agency for the Prohibition of Trafficking in Persons (NAPTIP) in Abuja, the Girl’s Power Initiative, an EU funded project to make school children aware of the risks of human trafficking, and the EU funded Migrant Resource Center, both in Benin-City in Edo State.