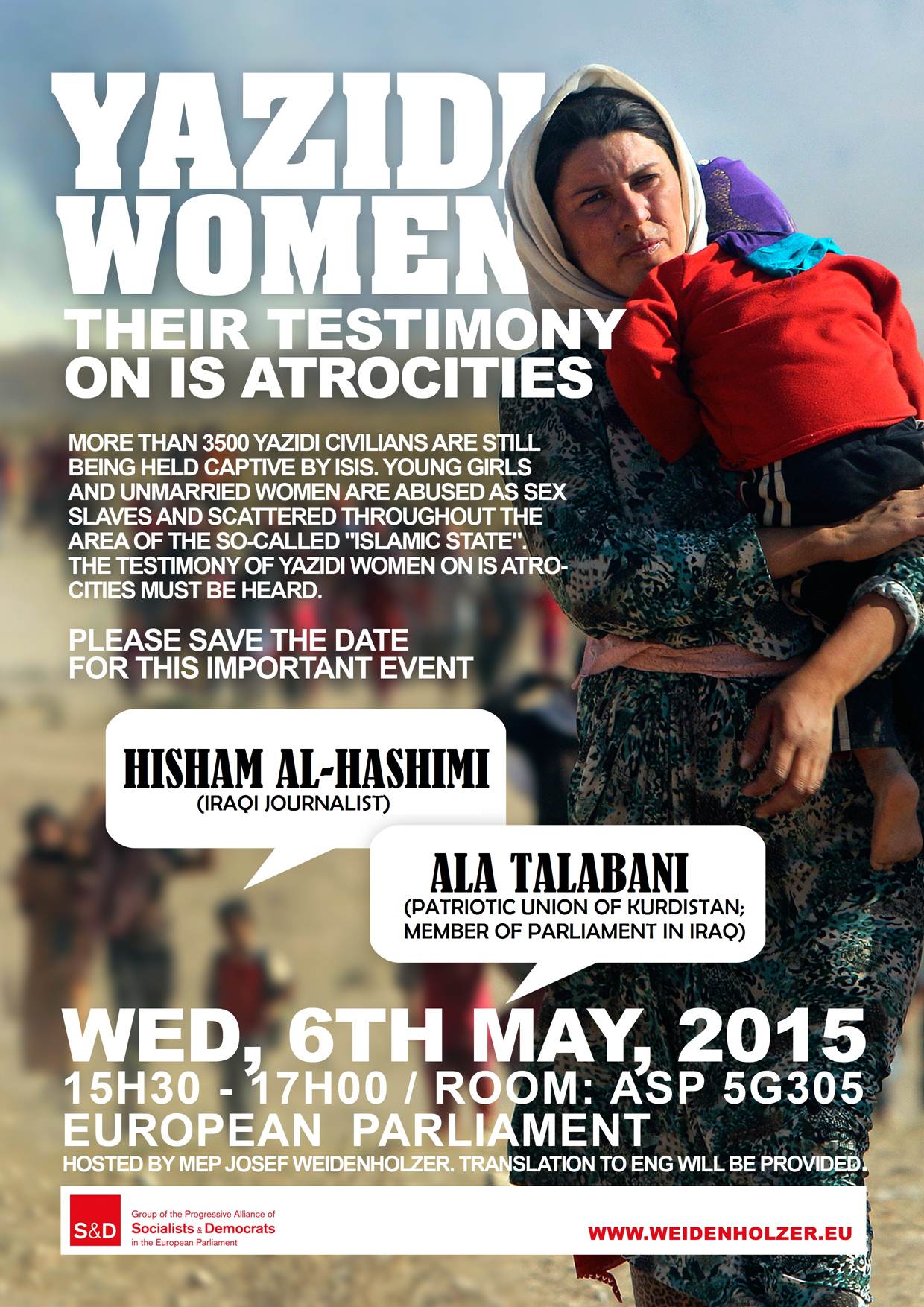 Discussion on Yazidi Women: Their Testimony on IS atrocities – in the European Parliament

The extremist group Islamic State („ISIS“) has carried out systematic rape and other sexual violence against Yezidi women and girls in northern Iraq.
SPEAKERS:
Ala Talabani (born in 1966) is Member of the Iraqi Council of Representatives. She is member of the Patriotic Union of Kurdistan (PUK) which she joined in 1986. Being an activist and advocate for human rights and civil society Ms. Talabani co-founded Women for a Free Iraq and the Iraqi Women’s High Council. Her opposition to the Baath regime forced her to exile from Iraq several times. In 2005 she became Member of the first Iraqi Parliament and was re-elected in 2010 and 2014. She has been amongst others Chairwoman of the Civil Society Institutions Committee and Member of the Foreign Affairs Committee. Ms. Talabani is currently the head of the PUK’s bloc in the Iraqi Council of Representatives.
Hisham Al-Hashimi (born in 1973) is a researcher specialized in extremist movements such as Al-Qaeda and the Islamic State/ Daesh. He is author of the book “The world of Daesh”. Being a fellow member of the Alnahrain Centre for Strategic Studies Mr. Al-Hashimi was a member of the Scientific Committee of the Baghdad Conference on combating terrorism in 2014. He also works as a security consultant for the Centre for Defending Freedom of Journalists as well as the Iraqi Syndicate of Journalists.