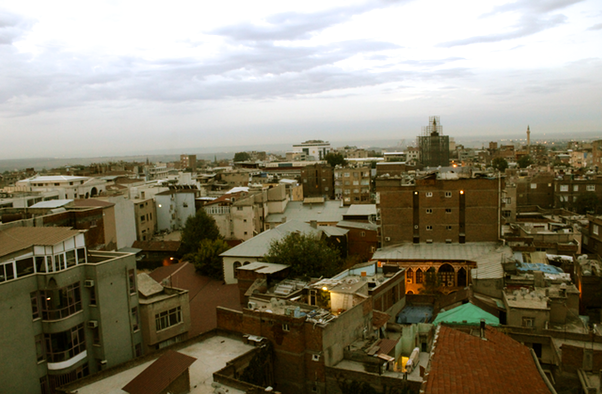 Following the elections in Turkey, the hope of an improving political state of affairs has not been fulfilled. „The situation of minorities, especially the Kurds is getting increasingly worse. The Turkish government is relentlessly taking action against minorities, political parties and critical journalists. It is frightening, how far it has gone this time.“ says Josef Weidenholzer, vice president of the Socialist & Democrats in the EU Parliament. He has visited the city of Diyarbakir in south-eastern Turkey with its population of 1.5 million as part of a mission to Kobanê two months ago. „For months now there has been a military state of emergency and a virtually permanent curfew. Especially young Kurds are victims of arbitrary police action. Many people have lost confidence in the Turkish security forces. Unless something happens soon, there will be a situation comparable to civil war. The hostilities are openly carried out in the cities. The situation in Turkey is very worrying, „says Josef Weidenholzer.
In late November Erdo?an was internationally criticised after two journalists from the opposition newspaper Cumhuriyet were arrested despite severe protests. In its Progress Report 2015 that was presented in mid-November, the European Commission asserts big setbacks in Turkey regarding the areas of ??free speech and freedom of assembly. „Erdogan abuses his power and severely jeopardizes the relations with Europe. Turkey is one of our most important partners and because of that Turkey cannot expect Europe to tolerate the crackdown on dissidents and members of the opposition. The enhanced cooperation can only work if freedom of expression is guaranteed. „, says the MEP. He emphatically calls for the resumption of peace negotiations with the Kurds and making every effort to reach a ceasefire. „The EU can play an important diplomatic role in the peace negotiations.“ says Josef Weidenholzer, a member of the EU Committee on Internal Affairs. „With its military action against the Kurds in their own country Turkey is also wasting resources that are urgently needed in the fight against IS.“
The press-statement is also available in German.